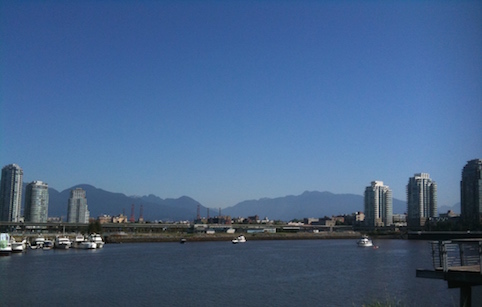 Good news, you snagged an awesome job right out of university and are now moving to Vancouver. Vancouver is a stellar city for recent graduates, with steady employment rates, an adventurous environment, diverse culture and plenty of things to do.

The city of Vancouver is a 114 square-kilometer coastal seaport city in British Colombia, Canada, and has an approximate population of 603,500 people as of the 2011 census. It’s the eighth-largest Canadian municipality. The entire Vancouver metropolitan area has a population of nearly 2.4 million people, which is the third largest in Canada. That large population brings a lot of diversity, which leads to 52 percent of Vancouver residents having a first language besides English.

Vancouver’s economic drivers include its bustling port, which is deemed the most diverse port in Canada, and deals in more than $172 billion in trade with 160 countries. The ports generate $9.7 billion in gross domestic product and $20.3 billion in economic output.

Considering you’re likely moving here to take advantage of these opportunities, you’ll be pleased to discover that Vancouver offers an abundance of excursions for anybody who wants them; young, outdoors enthusiasts often find the city and its surrounding wilderness as a haven. But what will you do to make your new home actually feel like home?

The best option is exploring what activities Vancouver has to offer. Doing so can help find a niche crowd with common interests. For your first week in Vancouver, check out the company Forbidden Vancouver. This quirky company offers highly entertaining tours that involve delving into prohibition-era Vancouver and a poke around the seedy underbelly of historic Gastown. This event is not recommended for anybody with kids, and it’s advised that you book ahead as these tours fill up quickly.

If you’re moving in the summer, consider taking a Whale Watching Tour to familiarize yourself with the local scenery and abundant wildlife. Throughout the trip you’re likely to spot killer whales, porpoises, seals, eagles and other wildlife amid the stunning scenery of your new home in Canada’s southwest coast. The company’s website says that tour-takers will “join a professional naturalist and board a first class, modern vessel for a three- to five-hour expedition, starting in the picturesque, historic fishing village of Steveston and traveling through the spectacular Gulf Islands and San Juan Islands.” If the ocean is your passion, then familiarizing yourself with the waterways around Vancouver is a great start.

Another option for more nature-savvy youth looking to escape the hectic office life of your new job is to explore on the Capilano Suspension Bridge, which is minutes from downtown Vancouver and offers a Cliffwalk that immerses you into the stunning and lush temperate rainforest of British Columbia.

If you’re an amphibian and fish lover, then retreat into the Vancouver Aquarium, which is the most popular attraction in Vancouver’s Stanley Park. According to the aquarium’s website, “the aquarium is home to 9,000 water-loving critters — including sharks, wolf eels, beluga whales and a somewhat shy octopus. There's also a small, walk-through rainforest area of birds, turtles and a statue-still sloth. Check out the mesmerizing iridescent jellyfish tanks as well as the schedule for feeding times.”  The aquarium has various events throughout the year, and is a great area to spend an evening or have a relaxing date.

Outside of these areas, Vancouver has plenty of unique, enticing eateries and award winning restaurants, playhouses, venerable museums parks, zoos and diverse neighborhoods that offer character and opportunity. Vancouver is a city ripe for the taking; it’s up to you to figure out how you want to seize the adventures that come from moving here.